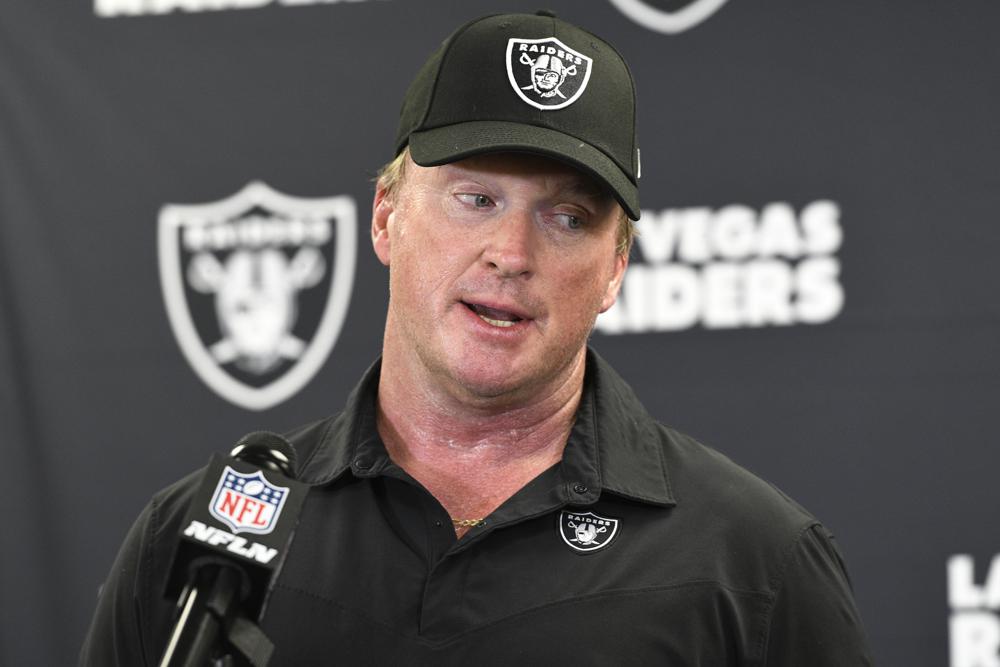 Jon Gruden has resigned as coach of the Las Vegas Raiders after emails he sent before being hired in 2018 contained racist, homophobic and misogynistic comments.

Gruden released a statement Monday night, saying: “I have resigned as head coach of the Las Vegas Raiders. I love the Raiders and do not want to be a distraction. Thank you to all the players, coaches, staff, and fans of Raider Nation. I’m sorry, I never meant to hurt anyone.”

He stepped down after The New York Times reported that Gruden frequently used misogynistic and homophobic language directed at Commissioner Roger Goodell and others in the NFL.

Special teams and assistant head coach Rich Bisaccia will take over on an interim basis.

It was a rapid downfall for Gruden, who is in the fourth year of a 10-year, $100 million contract he signed with the Raiders in 2018. It started on Friday when the Wall Street Journal reported that Gruden used a racist term to describe NFL union chief DeMaurice Smith in a 2011 email to former Washington executive Bruce Allen.

The emails were discovered in a workplace misconduct investigation into the Washington Football Team but ended up costing Gruden his job when they also showed Gruden denounced the drafting of a gay player and the tolerance of players protesting during the playing of the national anthem among other issues.

Gruden apologized for his “insensitive remarks” about Smith, saying they were made out of frustration over the 2011 lockout. But the latest emails sent from between 2011-18 when Gruden was an analyst for ESPN show his use of derogatory language went well beyond that.

A league source confirms the accuracy of the emails and said they were sent to the Raiders last week. The person spoke on condition of anonymity because the league hasn’t made the emails public.