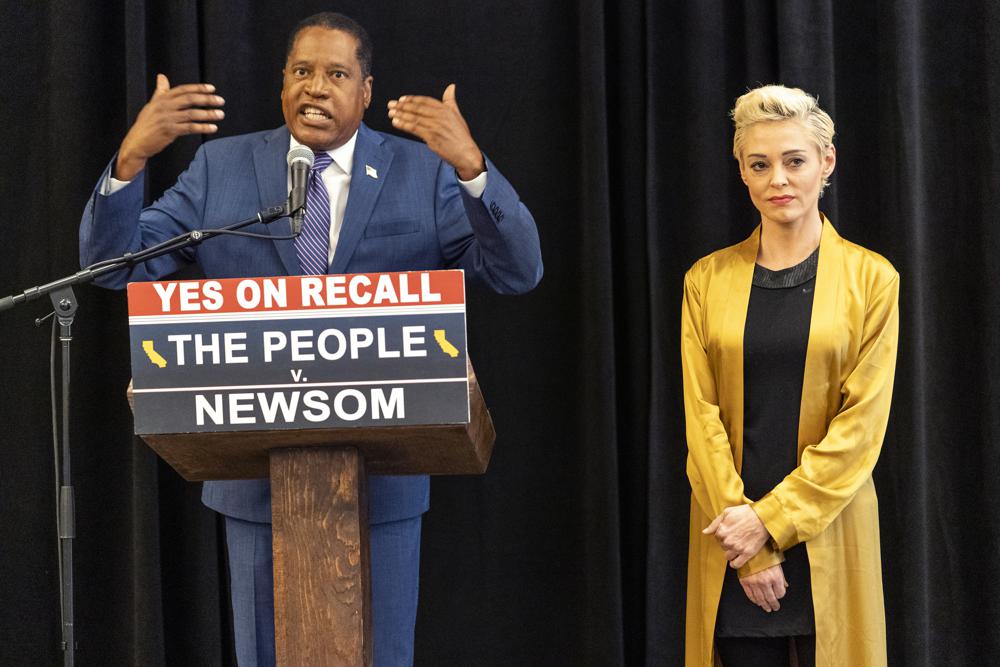 In a blitz of TV ads and a last-minute rally, California Democratic Gov. Gavin Newsom urged voters Sunday to turn back a looming recall vote that could remove him from office, while leading Republican Larry Elder broadly criticized the media for what he described as double standards that insulated Newsom from criticism and scrutiny throughout the contest.

The sunny, late-summer weekend was a swirl of political activity, as candidates held rallies, continued bus tours and cluttered the TV airwaves with advertising offering their closing arguments in advance of the election that concludes Tuesday.

Newsom — who is expecting President Joe Biden on Monday for a capstone get-out-the-vote rally in Long Beach — was in a largely Hispanic area on the northern edge of Los Angeles, where he sought to drive up turnout with the key voting bloc.

Elder also was in Los Angeles, where he was joined by activist and former actress Rose McGowan, who repeated her claims from recent days that Newsom’s wife, Jennifer Siebel Newsom, attempted to persuade her in 2017 not to go public with her allegations of sexual misconduct against Hollywood producer Harvey Weinstein.